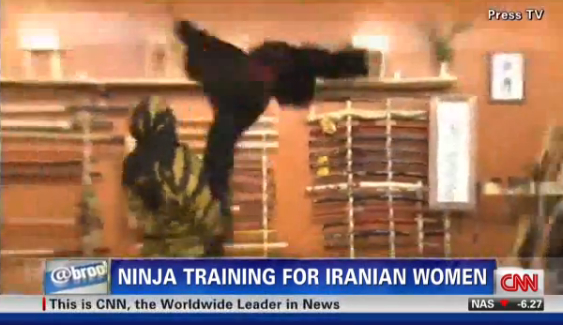 Uh oh. According to CNN, 3,000 Iranian women are training to become ninjas. We are so dead.

I’ll predict it here: when the Pentagon sees this clip, they’ll immediately call off the invasion. And when Chuck Norris sees this, he’ll know whom he’s fighting in his next three movies.

When I saw this clip, I immediately cancelled my Iranian vacation plans. Such a shame. I was really looking forward to swimming in the caves at Chabahar Beach. According to an Iranian tourism site, the “sea in this part is intact and the aquatics are not afraid of divers.” Not sure what that means, exactly, but I’m still horrendously disappointed.

It can feel like a scary world out there. But our planet is also a source of great beauty and inspiration. Here are 5 amazing international celebrations that should inspire you to travel this month: 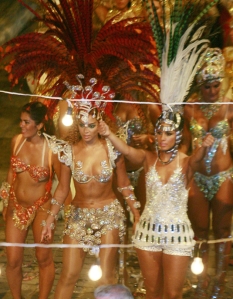 Carnaval (or Carnival as its known in English) is the world’s greatest party hosted by my favourite country in the world. The party in Rio gets all the buzz but I highly recommend you enjoy Carnaval by heading northeast to the state of Bahia. In the coastal city of Salvador, you’ll wind through the cobblestone streets, dancing to pounding drum bands that you will never, ever forget. 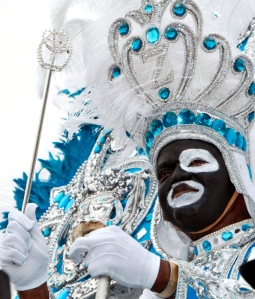 When: parades started February 4th but they don’t peak until days before February 21st (which is the actual Mardi Gras or ‘Fat Tuesday’)

You must go to Mardi Gras before you die. Picture scores of people dressed in scary hoods and capes throwing thousands of plastic beaded necklaces off colorfully decorated parade floats while kids, adults, and seniors reach for the necklaces, eager to festoon their necks with the precious baubles, and high school drum bands whips everyone into a trumpet and snare drum dancing frenzy. And post-Katrina, you can feel good about spending your travel money in New Orleans. It can use all the help it gets.

BEST BEADS: the Krewe of Zulu parade float, scheduled for first thing in the morning on Feb 21st 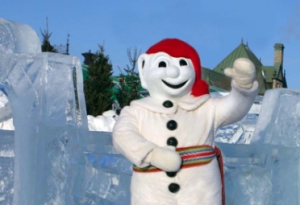 When: it started January 27th and runs to February 12th

It’s a public party like Carnaval in Brazil, except nobody risks being naked for very long, there’s a lot of ice carving, you’re only dancing to keep from freezing, and you will be chased and aggressively hugged by a giant Stay Puft Marshmallow Man.

Who says English Canadians don’t know how to party? In the farming community of Falkland, BC (“The Community that Cares”), the Falkland Legion hosts a meat draw every Tuesday night! True, February’s a short month but you still have three chances at winning this month alone.

If you think Wells, BC (pop 100 during the winter) is only fun in the summer when nearby Barkerville (‘British Columbia’s Gold Rush Town’) is packed with history buff tourists, you’re WRONG. Wells has a meat draw each week, and it’s so much fun, they do it on a Friday night. Take that, Falkland!

Come to think of it: you could make a whole party vacation out of visiting small-town winter meat draws in rural BC. Let’s call it a meat crawl.